The competition involves a mock case in front of the International Court of Justice (ICJ) relating to issues such as human rights, the law of war, and asylum law. The problem also often features a timely topic, such as autonomous weapons systems in 2019-20 and a global pandemic in 2020-21. The Compromis is the springboard for the competition. Written by leading scholars of international law, the Compromis is a compilation of agreed upon facts about the dispute that is submitted for adjudication to the ICJ, the primary judicial organ of the United Nations.

After the Compromis is released, students begin researching and preparing arguments for both sides of the dispute, drafting and editing written pleadings, called "Memorials," and practicing oral presentations in front of a panel of judges/coaches drawn from the law school faculty and the local legal community. Each team prepares two written Memorials and two 45-minute oral presentations, one for each party to the dispute. Teams argue alternately as Applicant and Respondent against competing teams before a panel of judges, simulating a proceeding before the ICJ.

For more information on Jessup, see the competition ​website. 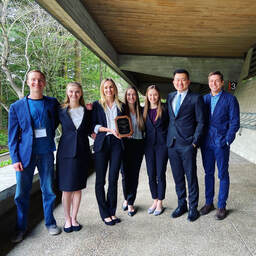 2019-2020
The Jessup Team was a finalist at the Portland Regional Round for the Philip C. Jessup International Law Moot Court Competition in February 2020. Team members Molly Gibbons and Lulu Anderson argued the semi-final and final rounds to secure a team qualification for the International Rounds in Washington, D.C. in April 2020. Additionally, Lulu Anderson was awarded the Second Place Speaker award and the Team received the 5th Best Brief award.

At the International Rounds, out of hundreds of competitors, Varsha Govindaraju was the 11th Best Oralist and Lulu Anderson was the 31st Best Oralist.

How to Join the Team

You can find more information on the Tryouts page.
Powered by